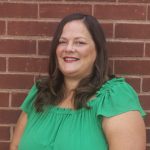 Cheryl Assis is CRCOG’s Director of Public Safety and Homeland Security.  She has worked at CRCOG for more than 23 years beginning as a Public Safety Planner in 1999 and promoted as the first Director of the newly created department in 2006.  Ms. Assis is responsible for the oversight of Department and its employees and contractors.  The primary function is to manage federal homeland security funds for the 41 communities in the Connecticut Division of Emergency Management and Homeland Security Region 3.  This includes the Capitol Region HAZMAT team, Hartford Bomb Squad, nine regional SWAT teams, the Metropolitan Medical Response System, Capitol Region Medical Reserve Corps, Capitol Region Citizen Corps Council, and the Incident Communications Team.  The department also administers the CAPTAIN mobile data communications system for police and fire users, conducts training sessions and exercise series for participating communities, staffs the Capitol Region Emergency Planning Council and Capitol Region Chiefs of Police Association and is  the regional fiduciary agent for CTDPH  Public Health Emergency Preparedness (PHEP) funds.

Ms. Assis holds both a Bachelor’s Degree in Political Science and a Master’s in Public Administration from the University of Connecticut.  She began working in the Athletics Communications Department at UConn during her freshman year and stayed on part time to work men’s and women’s basketball games recently “retiring” after 25 years of service to the Huskies.  Prior to joining CRCOG Ms. Assis worked for the Mayor’s Office in the City of New Britain for several years and went on to work in various departments in New Britain City Hall.

Ms. Assis was born and raised in Southington Connecticut and has resided in Bristol for the past 20 years.  She lives with her husband Dennis and their two children.