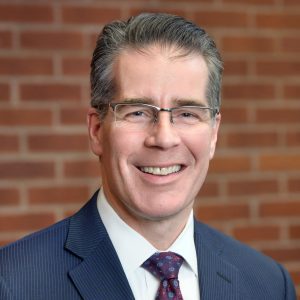 One of the things CRCOG does on an annual basis is to prepare a Legislative Agenda for submission to the state’s General Assembly. The Legislative Agenda consists of a set of legislative priorities, as identified by CRCOG’s members through its ad hoc Legislative Committee, led this year by East Windsor First Selectman Jason Bowsza. For the first time, we will hold a virtual Legislative Update with our 58-member delegation of state senators and representatives. This session is scheduled for noon on February 2, 2023. We greatly appreciate the support that we have received from state government in recent years and look forward to a constructive dialogue with our legislators at our February 2 meeting.

Before I go further, I would like to express our team’s condolences on the tragic passing of State Representative Quentin Williams. Representative Williams leaves a positive legacy at our state legislature, and we mourn his loss along with our colleagues around the state.

For 2023, a major focus of CRCOG’s Legislative Agenda is to seek legislation to promote service sharing between municipalities that will allow our member towns to provide local government services and maintain infrastructure more efficiently and effectively. This service sharing can happen at the council of governments (COG) level. CRCOG, for example, just received a state grant to help establish regional programs for animal control, code enforcement/building inspection, and property assessment to supplement the services provided by our member towns.

To facilitate service sharing on a larger scale, CRCOG recommends that the General Assembly work in consultation with municipal organizations and organized labor to remove any remaining barriers to service sharing. The state could also incentivize regional service delivery through additional grant funding. The prospect of state grant funding, such as the per capita grant ($1.85 per capita) paid to regional health districts, would incentivize municipalities to provide more services on a regional basis, working through their councils of governments (COGs) or other regional entities.

Another aspect of service sharing under CRCOG’s Legislative Agenda relates to boards and commissions. It can be challenging for towns of all sizes to recruit and retain volunteers to serve on land use boards and other entities such as an ethics or fair rent commission. CRCOG endorses a proposal that has been considered in the past to provide municipalities with the option to create intermunicipal land use commissions with authority to address planning and zoning and inland wetlands matters. Intermunicipal or regional land use boards would also make it easier for municipalities, especially small towns, to share staff. In addition, CRCOG is seeking state legislation to expressly provide municipalities with the ability to form regional commissions for a variety of purposes, including the adjudication of ethics and fair rent complaints.

With respect to infrastructure, CRCOG and other COGs around the state want to make sure that their members take full advantage of the funding opportunities available under the Bipartisan Infrastructure Law (BIL). The BIL programs can be used to fund traffic safety improvements, bridge and culvert replacements, and other infrastructure. However, most of these funding opportunities require a 20% local match, which requires the issuance of municipal bonds for any good-size project. It can be difficult for many of our communities to receive local bond approval for a project that is subject to state or Federal approval. Consequently, CRCOG is asking the state legislature to allow COGs and municipalities to use state funded grants as a partial match for BIL applications. This would offset municipal expenses, incentivize towns to participate, and not require an additional appropriation from the state.

I know that the legislative session will move quickly, and that it will require a concerted effort to make significant progress on our proposals. We will pursue our Legislative Agenda in partnership with other state and municipal entities such as the Connecticut Conference of Municipalities (CCM), the Connecticut Council of Small Towns (COST), and our fellow COGs across the state. Thinking regionally and working collaboratively have never been more important. We have a talented team of Policy Board members and staff at CRCOG and enjoy an effective working relationship with our state legislators. I am optimistic that we will be able to achieve some important policy goals during this upcoming legislative session.

In closing, I wish our members and residents all the best in 2023. We’re looking forward to another year of collaboration and progress on behalf of our region.