The Capitol Region Council of Governments administers the Greater Hartford Traffic Incident Management (TIM) Coalition that includes both public and private stakeholders. The Coalition acts as a steering committee overseeing a regional TIM program within the Hartford Urbanized Area. The program strives to strengthen the role of the responder community, increase the safety for motorized and non-motorized users, and promote efficient transportation system management and operation along the state’s highway system.

For a link to Greater Hartford TIM Coalition Activities click the button below. 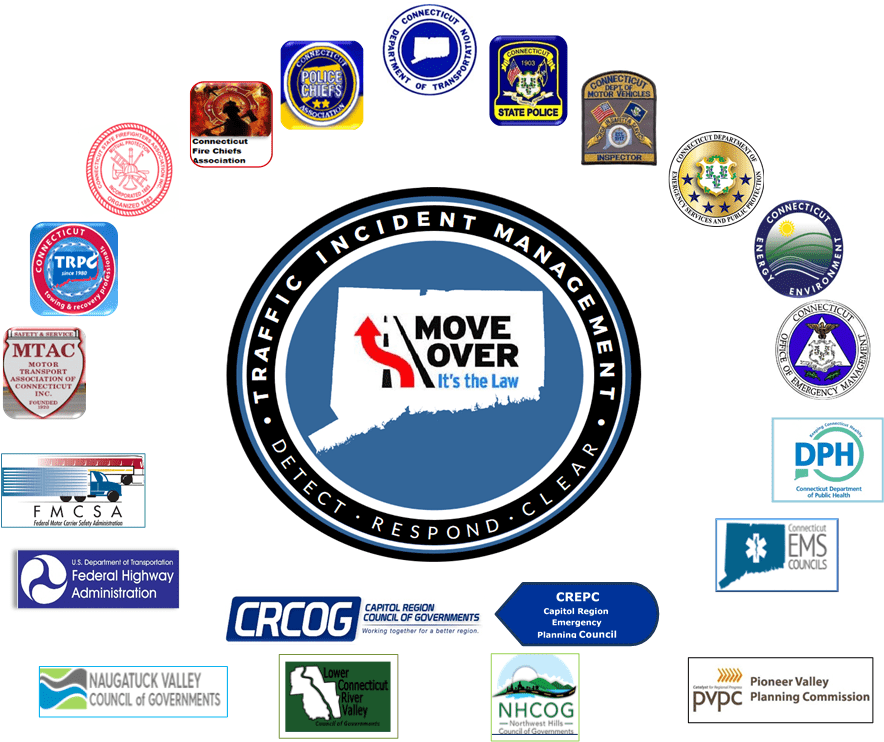 To enhance motorist and responder safety during traffic emergencies by creating and sustaining partnerships with law enforcement, fire and emergency medical services, transportation and environmental agencies, towing and recovery, drivers, the media, the insurance industry and others.

To provide a systematic, planned, and coordinated multi-disciplinary approach to detect, respond and clear crashes to restore traffic capacity as safely and quickly as possible.

These Connecticut General Statutes have direct relevance to TIM activities in support of quick clearance.

Nationwide, highway incidents, such as accidents, vehicle breakdowns and dropped debris, are responsible for 25% of all highway congestion. Pre-planned traffic incident management can result in a quicker response and a more rapid clearing of the incident. Personnel responding to an incident can operate in a safer, more efficient environment. CRCOG has helped address these issues on a regional and statewide basis since 1998.  For more detailed information about each of these initiatives:

The Regional ESF (RESF) facilitates communication and coordinates among regional jurisdictions and agencies concerning transportation issues and activities during a major disaster or incident. RESF-1 personnel focus on disruptions of the regional transportation system requiring inter-jurisdictional coordination and information sharing. Transportation disruptions can occur as a result of direct impacts upon the transportation infrastructure (e.g. disasters), major traffic incidents or from surges in requirements placed on the system by emergencies in other functional areas.

In October 2003, the State Transportation Strategy Board endorsed the Incident Management Task Force White Paper and in November of that year, established a permanent Statewide Incident Management Task Force to address traffic incident management issues. The Transportation Strategy Board was not funded under 2011 State budget, but the group continues to meet on an ad hoc basis.

In 2006, the SIMTF obtained the services of IBI Group of Boston to assist in the writing of a Unified Response Manual for use in responding to incidents on the State’s highways. The final draft was presented to and adopted by the TSB in July 2008.

A training program for the URM is being developed.

In addition, a report on the status of the various proposals in the White Paper was presented to the TSB in July 2008.

The documents produced by the initial Task Force include: 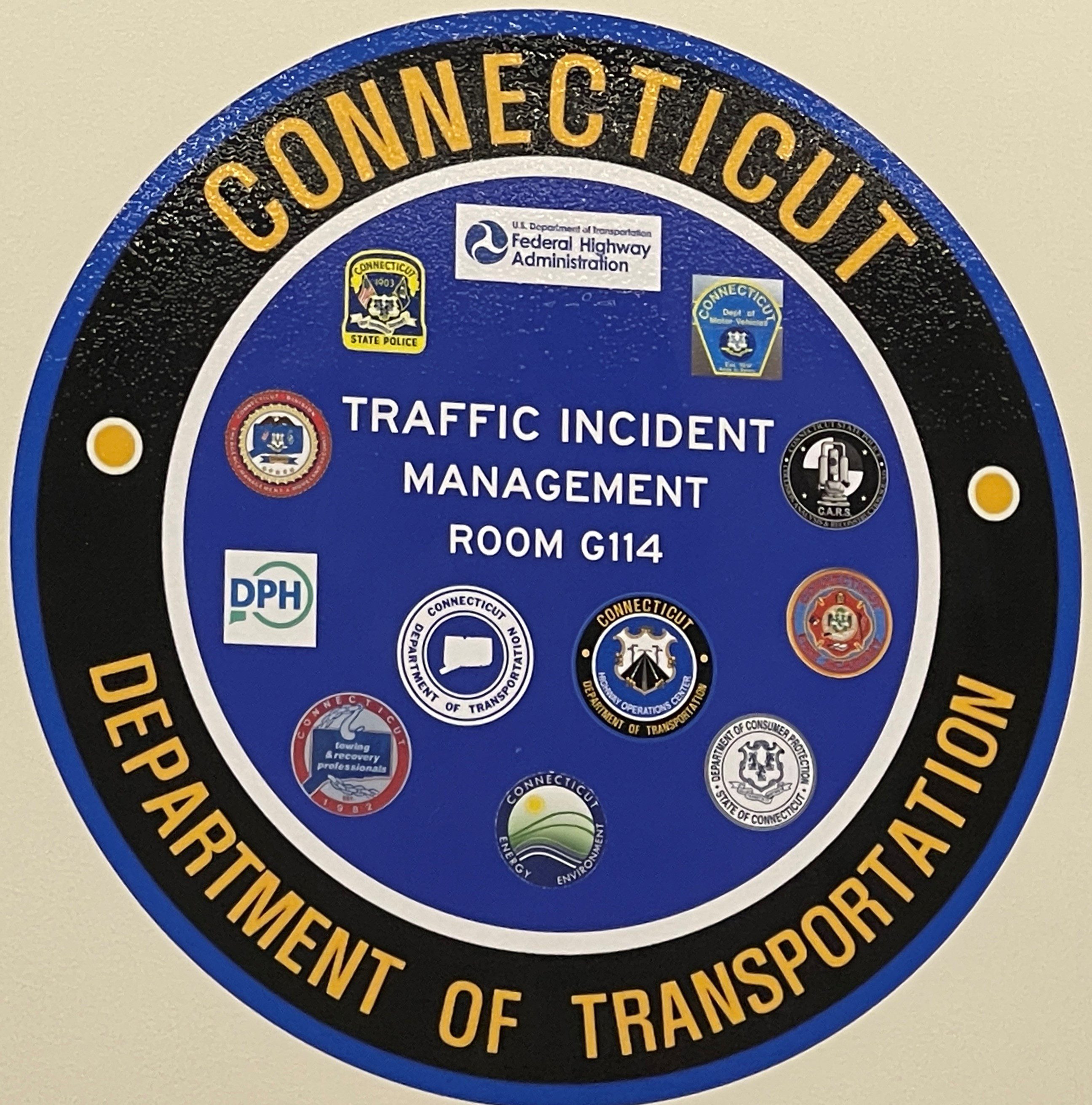 The Greater Hartford TIM Coalition has developed a TIM field guide for scene management.  It is currently being distributed to emergency responder organizations across the State.

A presentation to provide guide book information is available as well. 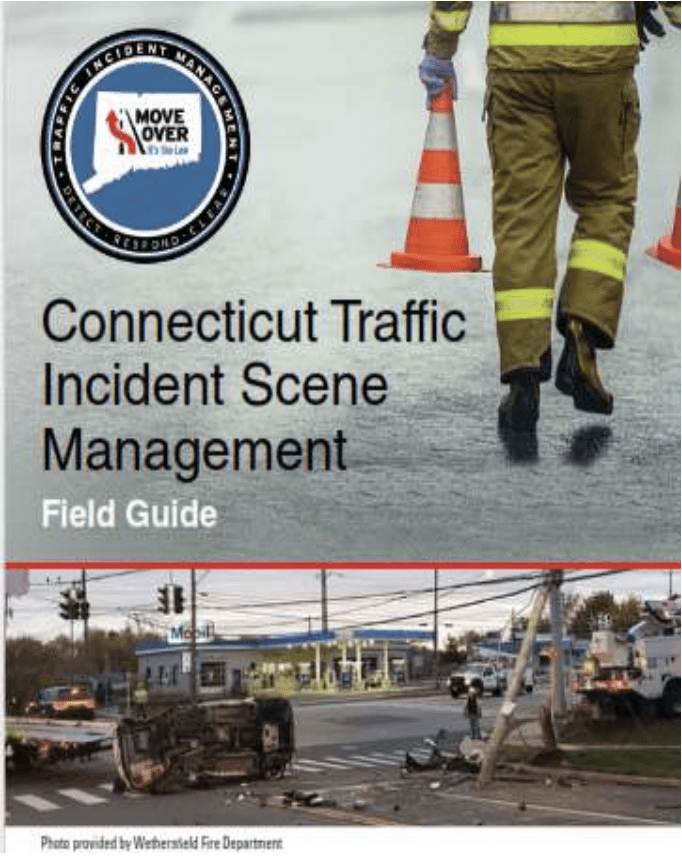 Slow Down Move Over 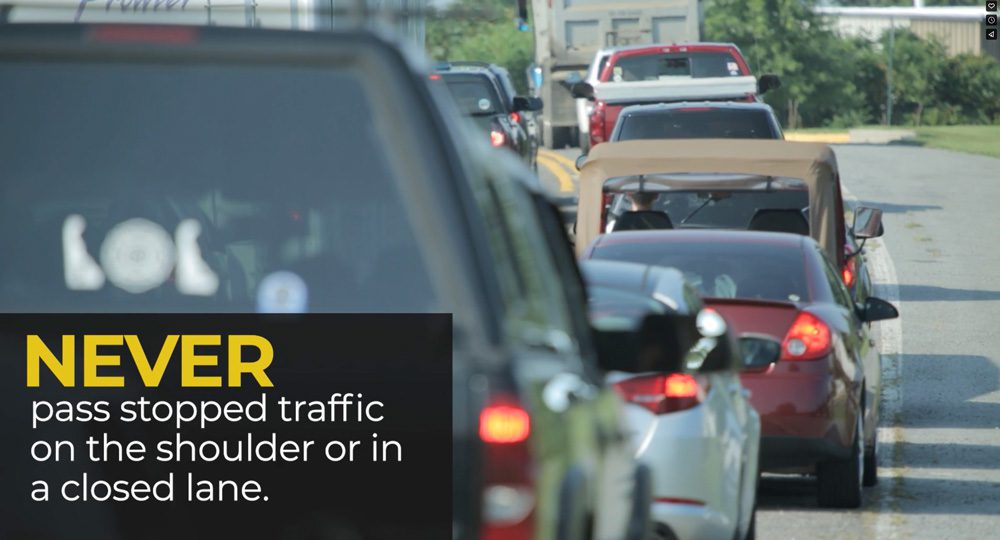 Drivers: Do You Know What to Do?

It's No Picnic Out Here